NOTE: If you are having a heat emergency, please call the office immediately. Do not use e-mail to alert us to an emergency. Thank you!

Customers on automatic delivery can rest assured they'll enjoy uninterrupted warmth. As an automatic delivery customer, you won't need to worry about checking your oil tank or running low on fuel - especially during those cold winter months. Buhrmaster monitors your home's heat use with its state-of-the-art computer system and "degree day" equation, along with weather conditions, and automatically schedules when you should receive your oil delivery. Automatic delivery is not only convenient, but you will benefit from peace-of-mind comfort all season long, for Buhrmaster Energy will deliver your fuel when you need it!

Facts You Should Know About Oilheat 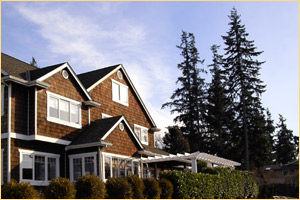 In 2010, New York State approved a switch to ultra-low sulfur heating oil, which reduces sulfur content in the fuel by 99%. The law went into effect on July 1, 2012.

Modern Oilheat has always been a clean fuel — so clean it boasts near-zero emissions. ULSHO is the cleanest Oilheat you can buy. While sulfur levels found in the "old Oilheat" averaged 2,000 parts per million, ULSHO has a sulfur content of 15 parts per million.

With innovations like ULSHO, you can rest assured that Oilheat is the fuel of the future — good for heating systems, the environment ... and you!

To find out more about Oilheat, visit these informative sites: